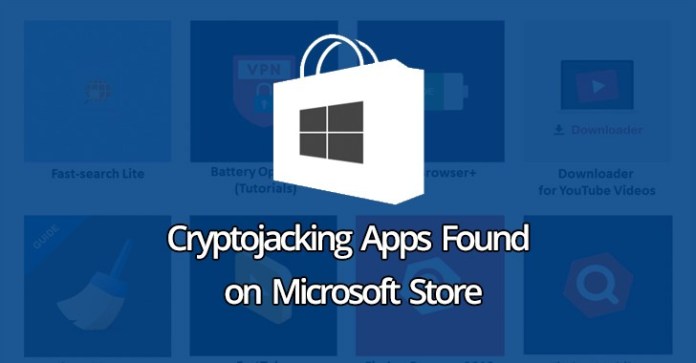 These malicious apps got listed for top free apps list on the Microsoft Store, as soon as the apps are downloaded and launched they use to fetch the coin-mining JavaScript by triggering the Google Tag Manager.

Google Tag Manager created by Google to track and analyze the HTML and JavaScript tags used in the websites hosted.

The mining scripts once activated abuses computer’s CPU cycle’s to mine Monero cryptocurrency for the attackers.

According to Symantec, the apps appear to be published between April and December 2018 and the number of users infected with the app still remains unknown.

Based on the WHOIS search all the apps appeared to be hosted in the same origin and published by same developers with a different username. The apps came from three developers DigiDream, 1clean, and Findoo.

Symantec informed Google and Microsoft about the app behavior’s, and the app has been removed from Microsoft store and the javascript removed from Google Tag manager.